Why hiring a video production company could be a mistake

If you’re about to engage with a video production company to make a video, you may be making a huge mistake. 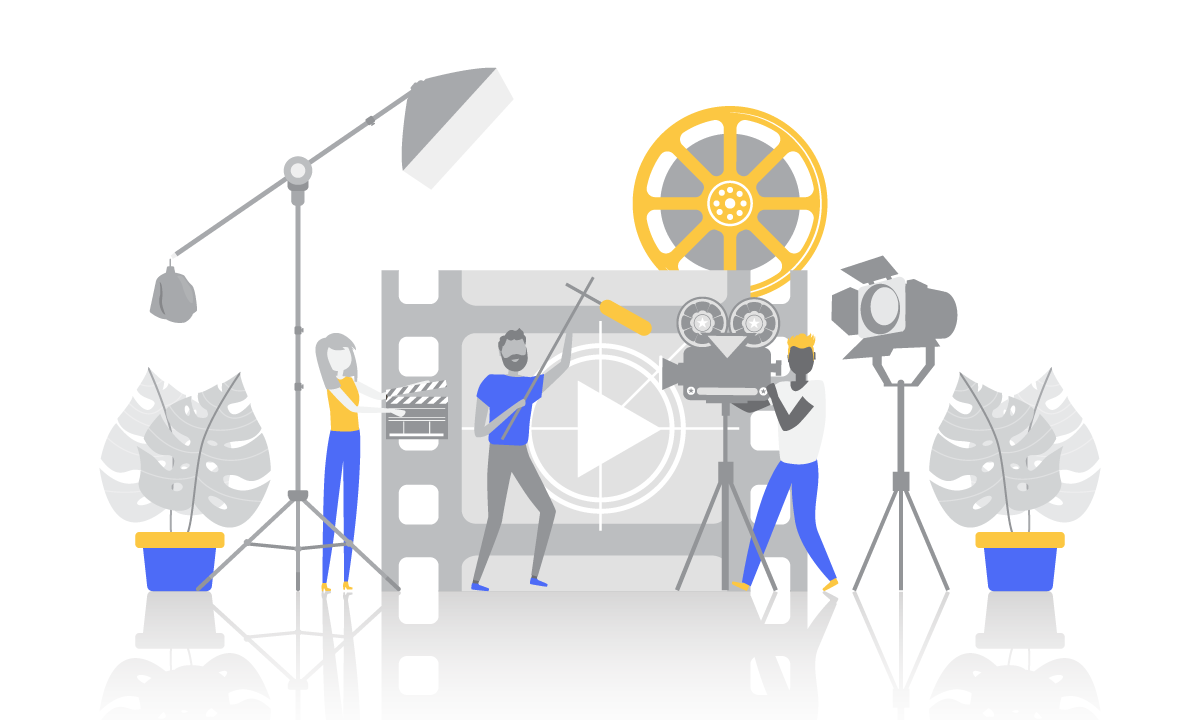 It seems perfectly logical to go to a video production company if your company needs a video, right? Just like if you go to a plumber when you have a leak in your house. Or you call an exterminator when you have bedbugs. But when it comes to video this logic is a little flawed.

Making a video is a lot more complex than just actually making it. The process and dynamics are more similar to how a custom house is made, rather than how a leak is fixed. Let's explore both scenarios and our point will start to crystalize.

You notice there's a leak in your faucet. You can see it. You call the plumber. They show up and fix it. You may even see a little butt crack.

You call an architect who designs the home using their expertise. You revise the vision while it's a drawing or CAD illustration. Once the design is agreed on, a carpenter is brought in to build the house according to the architect's plans. No butt crack.

Making a successful video is more like building a custom house. And the big mistake you may be making is engaging with a carpenter (ie. video production company) instead of an architect (ie. video marketing agency).

Sure, the carpenter knows how to build a house. But can the carpenter design a work of art – a house the world has never seen? Most of the time, the answer is no.

Ask yourself, did your video production company ask you more about the number of shoot days/locations or more about your video campaign's key performance indicators (KPI's)? Did they brag about their drone or about their proprietary strategic framework?

It's not about the camera, lenses or drones. It's about the words on the page. The idea. And the strategy behind that great idea that will make the video effective. If you go directly to a video production company you're taking a big risk. Odds are that production company is full of great implementors (ie. filmmakers), but they're not equipped for strategy and creative.

But what if you're seeing lots of great work on the video production company's site?

How video production portfolios can fool you

If you're in doubt, here are some questions you can ask your video production vendor about that really cool project on their website they're using to convince you to hire them:

Production companies can make beautiful work. But can they develop the creative concept? Most of the time, the answer is no. And we know all of this because we used to be a video production company.

So what's the worst that can go wrong? A lot actually. Here's a list that we hope scares you straight.

So looking at the list above, it's really time and money that will come back to bite you. None of which can you afford to lose.

Have we scared you enough? Are you closing out the production company's proposal? Good. So what should you do instead?

Engage with a creative agency that specializes in video

A creative agency has the skillset to start the conversation not around how many cameras you need, but around your business objectives. They'll be able to take your objectives and develop a clear strategy and creative framework that gives the video the best chance to reach your goals. Coming off of that strategy, they can develop concepts that are truly never-before-seen, not stuff that you've seen over and over (ie. interviews with CEOs and shots of people in conference rooms).

How important is your video concept? It's everything.

Think about it this way:

Would you rather watch Get Out ($4.5mm budget) or Star Wars: The Phantom Menace ($115mm budget)? Yep. Us too. This proves the point – it's more about the idea than it is the production. It wasn't George Lucas's lack of access to production tools that caused The Phantom Menace to be a dud. In fact, you could double the production budget and it wouldn't change one thing. It's the words on the page. It's the idea. It's the heart, the passion, the creative behind the video that matters most.

When it's OK to engage directly with a video production company

Never. Haven't you been reading!? 😃

We really do want to stress that you should engage with a creative agency instead of a video production company. Yes, even if you only want a "simple" testimonial, event video or product explainer video. The reason being you haven't been properly diagnosed. Meaning, do you actually need that testimonial video? Will it help your sales funnel more than a different kind of video asset? Do you even need video at all? Video production companies aren't equipped to diagnose these issues. They will simply do what you tell them to do.

That said, you can probably go directly to a video production company if someone on your team has developed an idea that hits on company objectives, and you're on board with it. In this scenario, your team member is the agency and should be prepared to manage the production company accordingly.

Making a video is a two-step process

We want to be very clear, this is a LAW, not a theory. If you don't have a clear strategy/creative phase in your project – guess what, you still do. And as you know, you reap what you sow. Nothing in, nothing out. [insert another input/output metaphor here].

Here are the two steps:

Step 1: Strategy/Creative - This involves listening to your business objectives, diagnosing if video is even the right path to go down, developing a clear strategy for how the video will reach your goals (including how you will distribute the video and put money behind it), developing the creative that ladders back to the strategy, and finally writing a script. This phase should take the longest out of your entire video project. A lot of video production companies say they do creative during the "pre-production" process. And usually, that process takes around 5 days. No, this phase should take a month and a half minimum. The idea here is that by going slow through the strategy/creative phase, you can go fast through the production phase since there's really nothing in the air. It's more about execution at that point.

Step 2: Production -This phase features everyone's favorite stuff: cameras, actors, locations, and bowls of virtually unlimited M&M's. This is why everyone wants to get to this phase fast, because it's the most fun. But beware, yes it's fun but without a clear strategy and creative concept, your fun will only be temporary. Eventually, you'll have to show your boss a video that doesn't make any sense.

Try to separate the two steps like you would if you were building a custom house:

By keeping the two-step process in mind when embarking on a video project, you'll avoid the pitfalls associated with not having a clear strategy and creative (ideas) that ladder back up to it. You'll be on your way to making a video that is as effective as it is creative!