Discover how ignoring details (at first) can lead to more successful marketing campaigns. 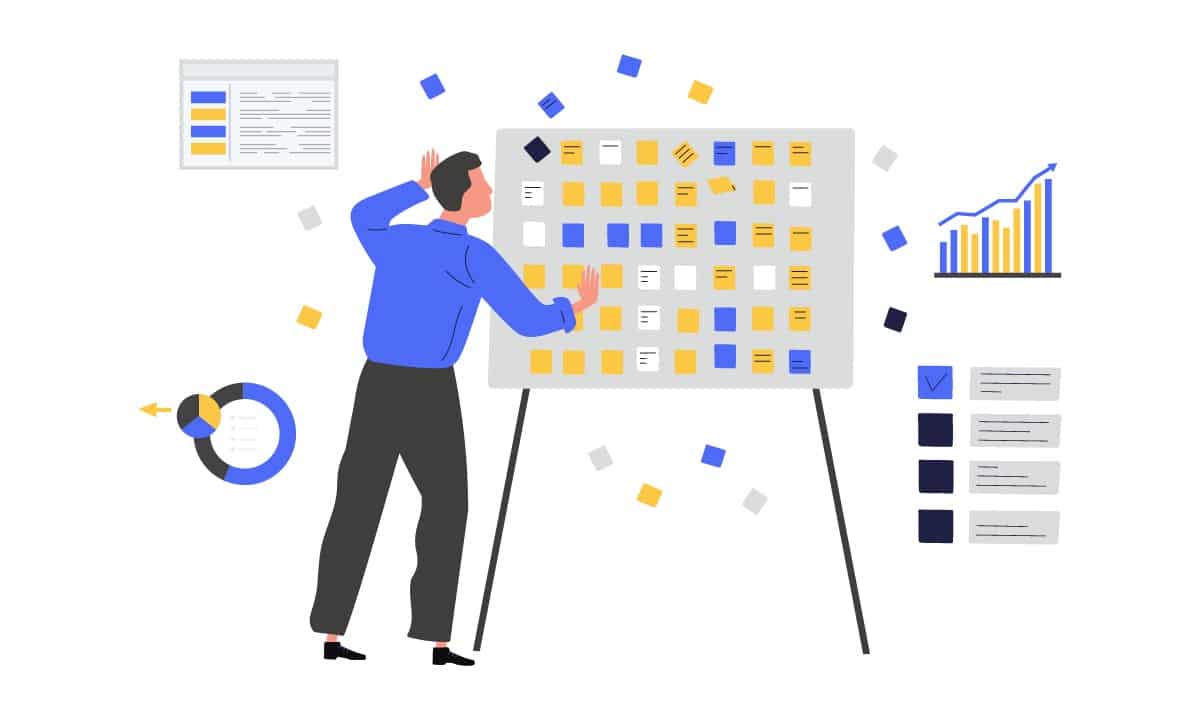 What’s the #1 thing you should focus on to run successful marketing campaigns?

Well, the answer is more about what you should not focus on. And it may surprise you.

But first, here’s a quick story about a man and his dream to build a spaceship in a basement (this man is me).

I’m a huge Star Trek fan, and it’s always been a dream of mine to make a space video. 2020 being what it is, I decided it was a great time to finally make that dream come true.

Here is the space video I made with my kids – with me and my wife starring in the last half:

The last half of the video is an ad for Umault, because why not? I figured if I spent that much time working on a spaceship set, we should get some business out of it. (Update: We did! That’s for a future article though…)

In case you’re wondering how I pulled off the illusion of a spaceship launch, here’s a little video walkthrough:

The spaceship is literally a few pieces of plywood and some iMacs/TVs. It’s so comically simple my kids say, “Daddy, it’s not a spaceship, it’s a table!”

But it fooled you, didn’t it? Why did you believe you were in a spaceship?

Because I focused on the big things and less on the details.

I didn’t worry about the floor since you wouldn’t see it.

I didn’t give my kids harnesses or even helmets because you wouldn’t really notice.

There are literally only three buttons in the whole thing because I know that’s all you’ll really see anyway.

Focus on the big stuff, not the details

OK, so here’s the “insights” part of the article. Instead of focusing on details, successful marketing campaigns focus on the big picture: the idea.

So many brands get caught up in the details of marketing, they lose sight of the bigger picture.

They get caught up in the call-to-action, conversion rate optimization, personas, etc… These things are all important, but they are all small-weight things.

Back to the spaceship, I didn’t start with those three red buttons. I started with the structure. Once the structure was done I brought in the iMacs. I constantly worked down from big, dumb stuff down to details. Not from the details to the big stuff.

And here’s the secret: most of the details you’re worrying about? The audience doesn’t even notice or care about them. They really only care about the big idea. And if the big idea is strong enough, they’ll even start excusing blatant errors.

Remember OK Go’s famous treadmill video? The set is UGLY. What the heck is that silver background that clearly was unfolded seconds before they started filming?

And yet their idea was so strong, your mind doesn’t care about the gross background.

(Side note: I’ve always wondered what they were covering up. Literally anything would be better looking than that background.)

I’m not saying you should ignore all details. Details are what separates the wheat from the chaff. But before you can separate wheat from chaff, you need to plant some seeds!

Imagine if OK Go worried about their background over perfecting their dance. Or if I added a bunch of buttons to a piece of wood that was clearly in a basement.

And that’s the point.