How to appear bigger than you really are in the minds of your prospects. 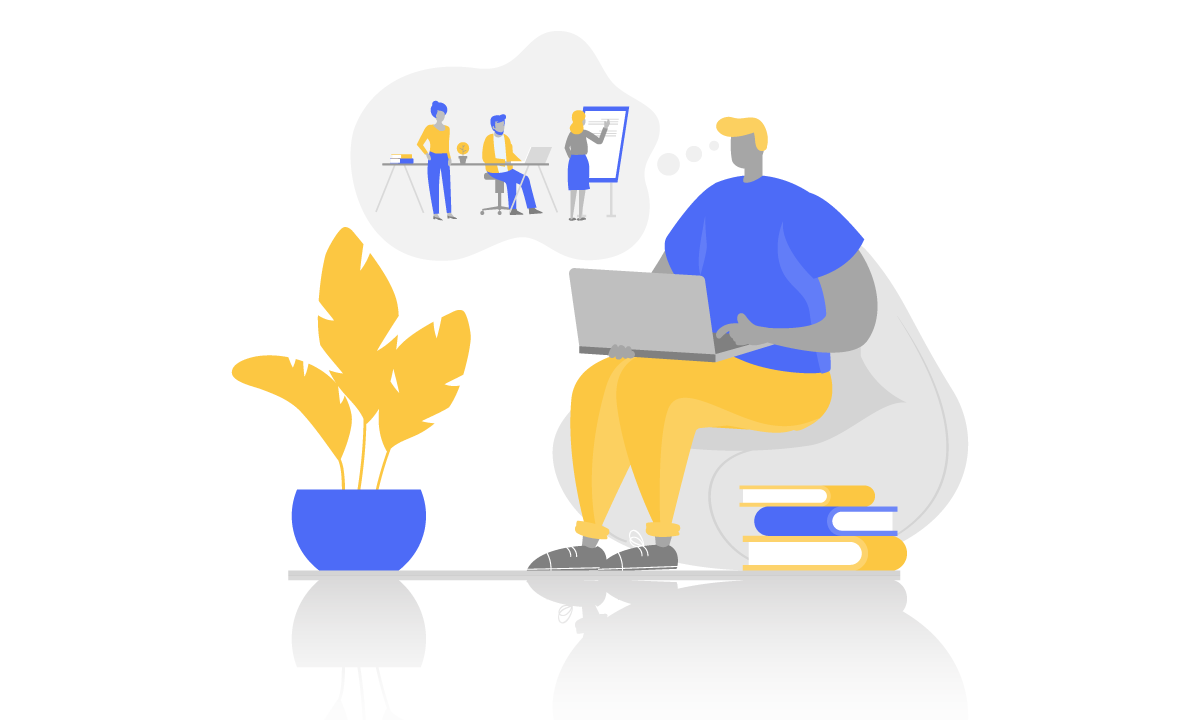 Does it feel like every time you're in a sales presentation your competitor's name comes up? And you're left having to answer questions about your capabilities vs. theirs? Instead of trying to play the game of one-ups, adding more and more points to your claims, start omitting them. In this article I'll give you some tips and tricks to help win the sales enablement and marketing content battle, especially if you're outgunned.

How to spark imagination with your sales enablement content

Have you ever realized your imagination is always bigger than reality? You think a million people will be at an event you want to go to, and when you show up, there’s a couple hundred. We need to let our audience use their imaginations when watching our sales videos and not create a box of reality around them. We need to omit hard facts and figures because they hold our prospects' imaginations back.

The best example of this principle is from Silicon Valley. Richard, the lead character, is talking about their startup, Pied Piper, finally making revenue. All of a sudden, their investor, Russ Hanneman, pops up and urges them not to make revenue. He says, “If you show revenue, people will ask, ‘How much?’ and it will never be enough. It’s not about how much you earn; it’s about how much you’re worth.”

Stop talking about square feet or how many satisfied clients you have. It will never be enough for your customers. If you want to inspire your prospects into working with you, you need to let their imaginations run wild with how great your product or service is.

We were supposed to be living on Mars by now. We were supposed to have moon colonies decades ago. What happened? How could experts who painted this picture of the future get it so wrong? It’s because the human brain loves extrapolating and making straight-line projections.

If I told you Q1 revenue was $100k, Q2 revenue was $125k, and Q3 revenue was $150k, what do you think Q4 revenue will be? You’re probably thinking $175k. That’s perfectly logical and a complete straight-line projection. You’re extrapolating. The answer may or may not be $175k. This is the phenomenon that led to the predictions of our Total Recall-esque future on Mars by now. Let me show you how.

While extrapolation is bad for predicting when we colonize Mars, it’s good for us sales folks. We simply have to implant an idea and let the prospect take it to the Nth degree in their head. Why put a bounding box on it? Keep boring reality away from your sales enablement content early in the sales cycle. Now, eventually you will have to reveal hard facts and figures so don't ever lie - simply omit.

Use facts and statistics only when they're truly industry leading

Apple is the master of this. On the rare occasion when Apple talks about how many iPhones it has sold or how many subscribers it has to a particular service, the numbers are truly staggering or industry leading. It omits all of the other non-significant numbers and focus your attention on just the numbers that few other companies can match.

You can do the same thing. And it can be anything, as long as it's truly unrivaled. Perhaps your employee satisfaction score on Glassdoor is higher than all of your competitors. Maybe you have installed the most number of rotary girders in your industry.

It's not about quantity, it's about quality of the numbers/facts. Your customer will not know about all of the other possible less-than-stunning numbers you could have presented. They only know about the ones you did. So if you're presenting a fact or figure — make sure it's really special.

The owner of an aluminum machining firm in Illinois set out to create some very convincing sales enablement video content. They needed to prove that they were a firm that could handle production of great scale. The traditional approach to this is to show off the size of their manufacturing floor and the kinds of machines they have, right?

But remember, what we think is huge might look like small potatoes to our prospect. Or — it could be too big!

The firm decided to omit the size of the plant and instead let the audience extrapolate how big they want it to be. They focused on the details and avoided wide shots of machines.

Turns out the video worked! Prospects were impressed with the size of the machining firm's operation, and they never saw more than a couple inches of it at a time.

Get prospects' attention when they watch your sales video

One of the cardinal sins in sales is to try to sell, or convince people of stuff. Yuck. Instead, it's about being the prospect's guide through his or her buying process.

Now all of us sales folks know this — so why do we violate this principle with our sales enablement and marketing videos?

We shouldn't ever get into bragging mode with our video content. Why? Because when we're bragging about ourselves, our prospects think either we are desperate or are trying to compensate for something.

Teddy Roosevelt said, "Speak softly and carry a big stick." Your particular stick (produce/services/company) may or may not be big but by speaking softly, you have a great chance of people insinuating that you've got a big stick. People will start to use their imaginations of how great of a company you have because you're not bragging about it.