What if you need to make a marketing video and your product isn't finished? 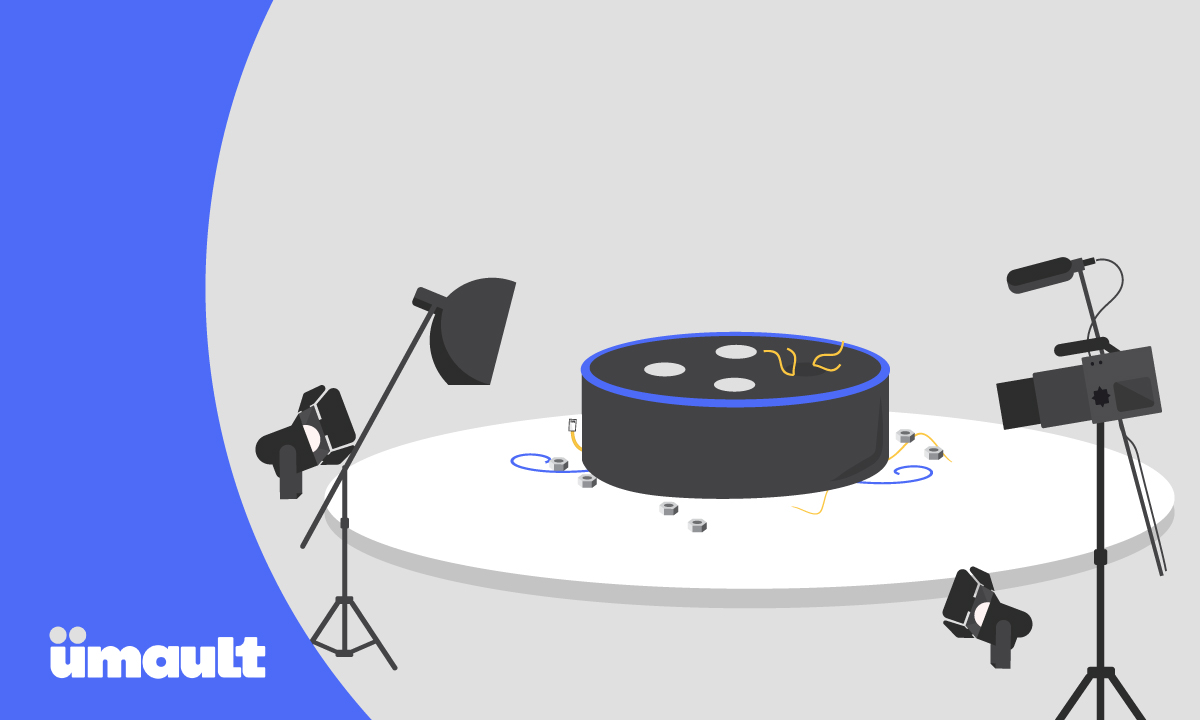 Making a successful launch video for a product that isn't finished yet is like walking a tightrope, balancing between a fall into the Steve Jobs Hall of Fame or the Elizabeth Holmes (Theranos) Hall of Shame. Because at minimum you'll have to engage in some, we'll say, bending of the truth. But you don't want to go too far and be accused of the worst sin of all: vaporware.

Fear not! We've assembled this article which is chock full of dos and don'ts from our 9 years of helping people exactly in your position. We've helped them achieve successful launches by being their long-balancing-stick-thingy, continuing with the tightrope metaphor.

DON'T: Add features in the product video that are more than a year away from being real

Remember Apple's AirPower? It was a wireless charging mat that was supposed to charge multiple devices at the same time. They announced AirPower in 2018 but then cancelled the product in March 2019 because it failed to meet Apple's high standards. Now, Apple is Apple so they can afford to have a wrinkle in their product releases every now and then and no one will accuse them of hawking vaporware. I'm assuming you're not in the same position as Apple.

Before putting a feature in the product launch video, make sure you're in the finishing stages of designing the feature and on some scale it's working. If it's not, there's no reason you can't amend the video later in the year to add the feature in. But if you make a promise you can't keep, you cannot amend your company's reputation in the marketplace.

DO: Take calculated risks with your product's functionality

Since we'll be making your product's launch video weeks or months before the first few roll off the assembly line, we will need to illustrate the way it will work in the video. This point contradicts the last DON'T but you do need to take some calculated risks with your product's functionality in the video or else it won't be interesting enough to sell. In the end, your customers don't want a prototype, they want a finished product that will solve all of their problems. We will need the ability to fudge the concrete truth concerning the product's functionality.

Use the one year rule of thumb for product functionality we introduced in the last point. You can also tell your agency the percent complete of each function of your product. And keep them updated. They can design the video in a way that hedges some risk. Perhaps the higher risk functionality is kept separate from the main plotline of the video. That way, if the functionality isn't ready for launch, that part of the video is just cut and no one is the wiser. The more your agency knows about the real status of engineering items, the more they can manage the risk for you.

DO: Wait to engage a video agency until your prototype is ready

We've found that until a prototype is made, designs can change day by day and it's too volatile an environment to get any real creative work done. The prototype build signals a general consensus among the design team, and thus means that you're honing in on something. Will it be the final look? Probably not. But close enough to film.

If you engage a video agency or video production company too early in the design process, they'll struggle. You can't establish a clear creative direction if the actual product you're making is changing too much. Features are being added and taken away, etc. Also, your energy is on your product and not the video. By waiting until your prototype is ready you'll give yourself the best chance of staying engaged with the video. Your video agency will also have a product that isn't changing too much day-to-day.

DON'T: Forget a product launch video doesn't need to be entirely about the product

There's a classic marketing line, "Don't sell the steak, sell the sizzle." Your product's launch video doesn't need to be entirely devoted to the product itself. In fact, it's kinda boring if it is. You want a video that positions your target customers as the hero, illustrates their problem and how your product makes their life better. People are buying what your product does, not the size or color of your power button. We can always leave your power button out of the video.

I read once that if Microsoft waited until Windows was perfect, it would still be in development. In the end, no one will make a buying decision on the hue of your power button. They're making their decision on the macro view of your product: does it solve a problem they're having? Telling that story is your agency's job and it doesn't necessarily mean shooting every single inch of your product.

DO: Tell us about your product

Do you have a product that you need a launch video for? Please DO reach out and tell us about it!