Our silver bullet for getting executives on board with bold creative

Here’s our silver bullet for convincing business leaders to try something new. 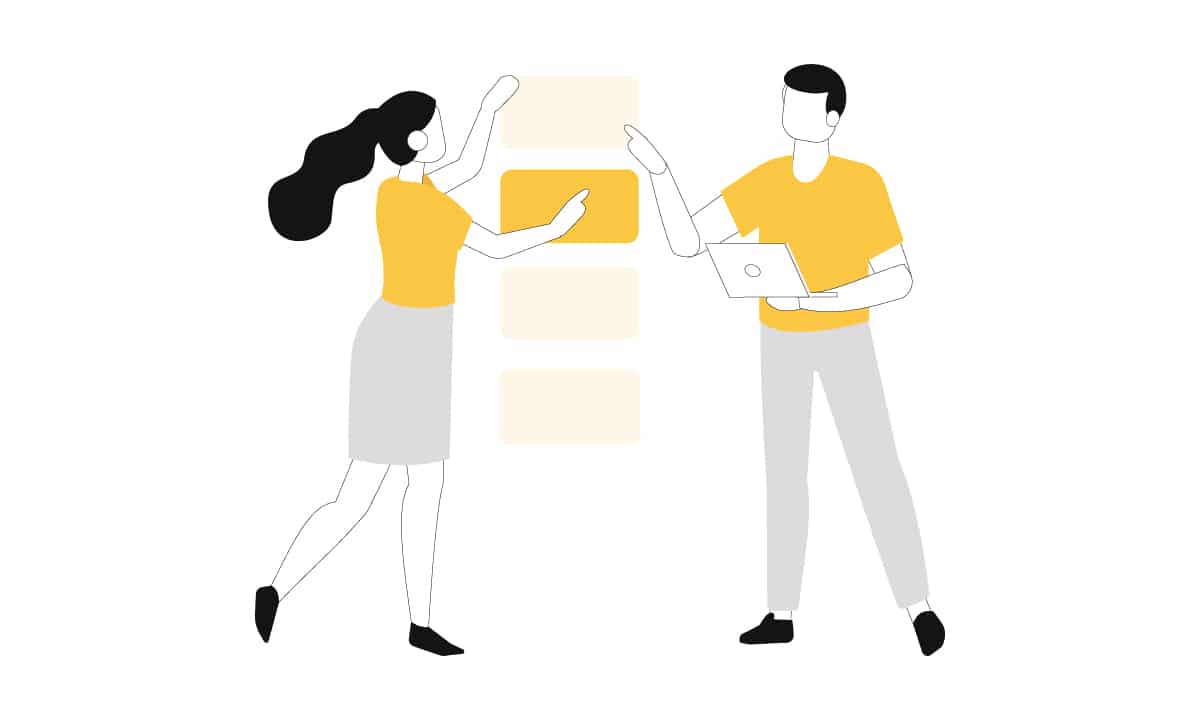 Recently, we posted a new ad on our LinkedIn page called “We need to talk.” It tells B2B marketers to be bold with their creative advertising. A viewer left this comment on it:

He’s right. Many marketers and agencies can come up with amazing ideas, but then can’t get the boss on board. We’ve found that one of the biggest challenges that B2B marketers face is push back or conservatism from executive teams. On this week’s episode of “Death to the corporate video,” Guy and Hope sit down to talk about our silver bullet for convincing executives to take a risk.

We’ll give you a hint: It has nothing to do with an amazing, knock-their-socks-off creative idea. It starts back in the strategy phase with the competitive analysis.

Listen to the episode or read the full transcript below.

You can listen to the episode using the player embedded above, or you can read a full transcript below.

Guy Bauer: You can't compete with your executive, you can't out-creative them. You can't sell a creative idea based on the creative merits of the idea. That doesn't work.

Hope Morley: Hello and welcome to Death to the Corporate Video, a podcast with tools and advice for creating B2B videos that your prospects actually want to watch. I'm Hope Morley.

Hope Morley: A couple weeks ago we posted a new video on our LinkedIn page. Some of you may have seen it if you follow us on social. We're calling it the "We Need To Talk" video and the spot is a spokesperson saying we need to talk about your B2B videos and encouraging people to be more bold with their choices. And one of the commenters on the video said, quote, "The challenge is convincing your executive team" which is absolutely a fair thing to say when we're pushing for people to have more bold creative in B2B.

Hope Morley: And so Guy and I sat down, we wanted to do a podcast episode about it because we thought it was a really great comment and a really important thing for B2B marketers, especially. And we talked about what our secret was for how to get executive and your boss buy-in. And you know, it's not really a secret, but our, the most important thing that we find for getting executives to buy into bold creative is not having a cool idea or just pitching having the best deck that has the prettiest photos in it. It's actually the competitive analysis that we do in our strategy deck.

Guy Bauer: Yeah, the competitive analysis, which is just one component of our strategy formula, that is though the most often component that I can viscerally hear the room change. And it's usually from the executive level, the tone changes into... and they don't see it as changing from being conservative to being risky. They actually see it, from their point of view, is changing from risky to conservative, right? So the point is that you need to... You can't compete with your executive, you can't out-creative them. You can't sell a creative idea based on the creative merits of the idea. That doesn't work because a lot of times executives... I get this comment is like, "What, are you trying to win a Cannes Lion, or...?" They see us creatives, as we have this ax to grind, that we all want to be creative and go off and...

Hope Morley: Like, we want to be Spielberg and we're mad that we're not. So we're trying to use their money to make E.T.

Guy Bauer: Right. And the thing is that they're right to some extent; there is that in the industry, there is...

Guy Bauer: I've had interactions with creatives where there was a great creative idea and they're like, "No, it's not bold enough." And they're saying that not because of the client's reasons; they're personal reasons. They want to win an award and like make a... put something in the portfolio. But the idea is that you need to... So, stop selling creative concepts to your executives unless they are like so creatively led and some executives are, but they're led by money and bottom line most likely.

Hope Morley: And a really deep feeling for like risk-benefit analysis.

Guy Bauer: Right. And the thing is, is that there again, that is a very reasonable point of view from the executive mind. That makes sense.

Hope Morley: They're running a business, it does need to make money ultimately.

Guy Bauer: Right. So what you need to do is instead of leading with creative, you lead with logic and make it completely irrational and illogical to do the safe thing. And that's where we come up with... The competitive analysis is usually our silver bullet in this. What you do is you just look at everyone else's work, i.e. your competitors, and you point out similarities between all of your competitors' creative. And then you pose the question and you don't even have to pose this; it organically comes out, but you pose the question to the executive. Now, which appears more risky, doing more of the same and adding to white noise or doing something different? And every executive will know what you're doing when you're pointing out tropes or similarities between all the competitors. They'll know that obviously the answer is do something different. That's kind of the only way to do it. And then what that does is that gives specifications for a creative solve that automatically by default has to be different. And there you go, there's your creative license.

Hope Morley: Right because these executives understand the importance of differentiation and being memorable and not looking exactly the same as all your competition. And we've had experiences when we've done a competitive analysis that we look at the videos that our client's competition are doing and we see the exact same stock footage. It's like the same scientists looking into a microphone. Or, you could practically just take-

Hope Morley: ... the video, yeah, thank you. I've got a microphone in front of me. You could basically take the exact same video that they created with voiceover and B roll, swap out the logos at the end and you would have no idea which one belongs to which company.

Guy Bauer: Yeah, totally. And then the question is all right, well, if that's the case, why would you do more?

Hope Morley: Why would you buy that? You know, like why would you spend the money to create the exact same thing that your competition already has? That a prospect's going to see three of those and have no idea, which... like the next day, when they're thinking back, they're like, "Oh, who was it that had the scientists with the microscope, not the microphone? Oh yeah. That was all of them." And we're in healthcare. So I get it. But, come on.

Guy Bauer: Well, they always say like, how do you get someone to change - Is the pain of staying in stasis is more than the pain of changing. And that's the thing, as the competitive analysis reveals, we're going to have more pain doing something safe than the risk and pain of doing something different. And the more bold you are, the less likely the risk-adverse executives of your competitors will match you because you are now the outlier because they're playing a game and it's only until critical mass that then they'll copy you, but that's two years later.

Guy Bauer: So, if you're one out of ten competitors in the space, or providers in the space, saying something bold and crazy, it's probably going to take... it's almost like a half-life. It's going to take four months for the next one to see that it's working for you and match you, right? But then it's going to take half as much time for the next two. So now four competitors in six months have matched. Then it just like exponentially goes, and then you probably have like a year head start. And that's why you have to keep reinventing and keep being that odd one out of ten. And everyone gets mad at Apple for taking out the USB or the headphone jack, and then there's going to be a critical mass. And finally, everyone...

Hope Morley: Nobody's got a headphone jack anymore and we're all over it. So...

Guy Bauer: Correct. Totally over it.

Hope Morley: So, like I said, at the top of the episode, this whole idea came from a comment on our LinkedIn. So we love hearing what people say. We take a lot of ideas off of social. So if you've got an idea for an episode, come find us across the socials at Umault. You can also email us at hello@umault.com. That's U M A U L T.com. We'd love to hear your ideas and your thoughts on the episode. 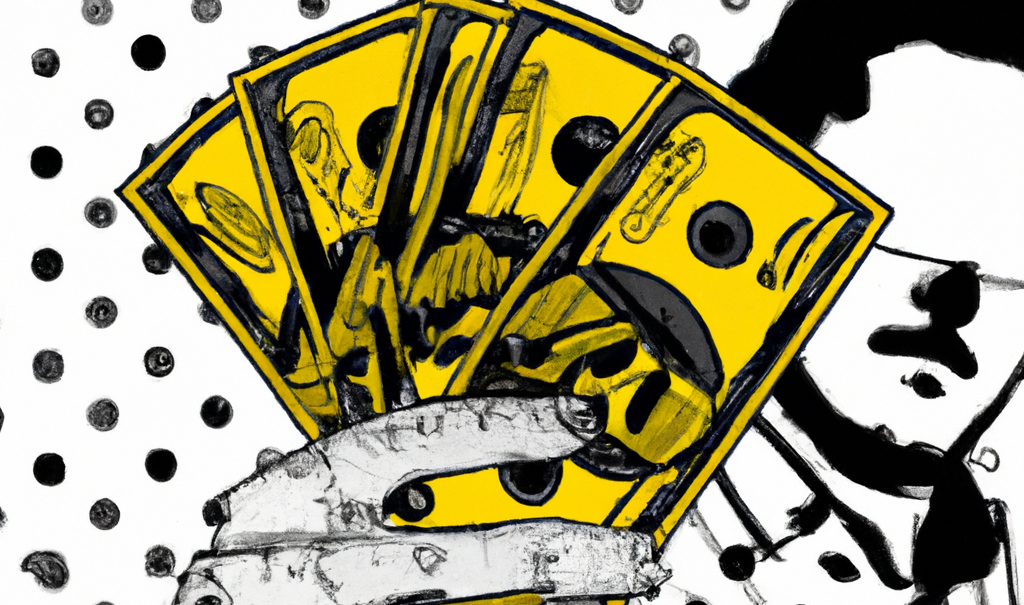 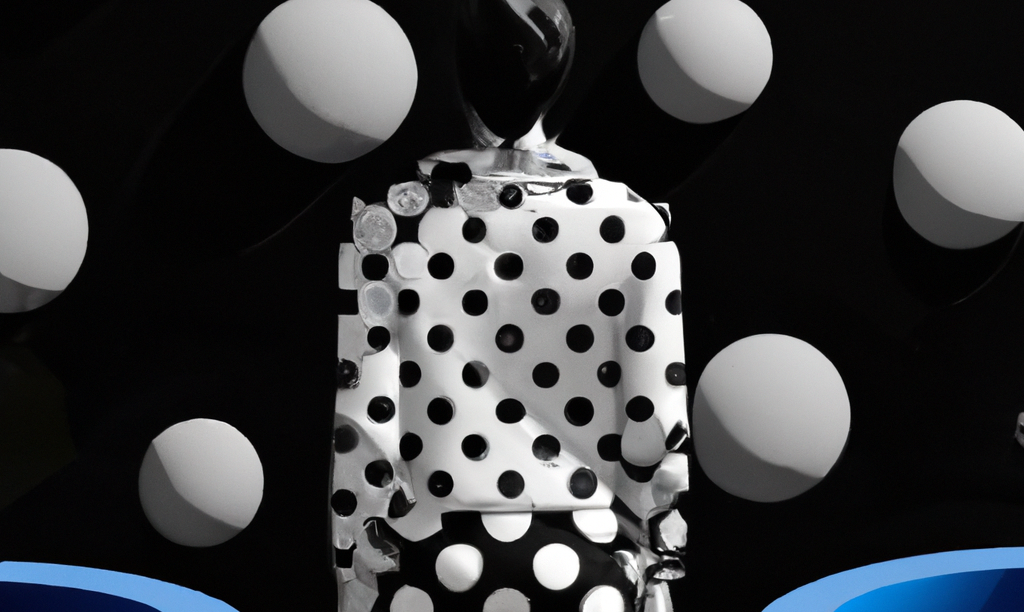